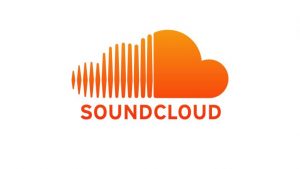 SoundCloud has long been touted as the audio version of YouTube. It started as a website (and playlist site) and evolved into a mobile app that lets users record audio (from sound bites to professionally mixed music to podcasts). The German-based music streaming service is completely free (with a paid membership option that opens more services), just like YouTube. Users can share their own content, connect with other users, and like and share their favorite recordings.

The company has grown quickly and steadily since opening its London office (in Soho) in 2008. Actually co-founder Eric Wahlforss said that London is a “crucial place” for the company to set up a foundation for growing its global platform. Alas, though, the company said on Thursday that it will have to shut down its very important London office. It is only a small part of the company’s wider restructuring effort, despite the fact that revenues more than doubled within the last year.

Quickly regarded as one of the most promising startups throughout all of Europe, SoundCloud has already garnered more than 175 million listeners, who all tune in to learn about up-and-coming artists or keep up with big industry stars. Still, the company remains unprofitable (again, despite revenues doubling last year).

As such, SoundCloud CEO Alex Ljung said, in a blog post, that cutting more than 40 percent of the labor force will ensure they can keep the company on a long term path to independent success.

He notes, “With more focus and a need to think about the long term, comes tough decisions. By reducing our costs and continuing our revenue growth, we’re on our path to profitability and in control of SoundCloud’s independent future.”

At a UK trade mission event, back in March, Wahlforss touted London’s credentials, saying, “We raised a seed round here [in Berlin] but very quickly, however, we started going to London on a regular basis.”

He goes on to say, “London was always the more established and the more professional hub. It was where the capital was and still is to a large extent. And so that was incredibly important to us early on in the history of the company.”