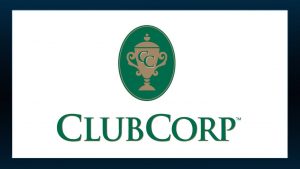 ClubCorp is one of the largest operators of golf and country clubs in the United States. On Sunday, this company agreed to sell assets to the private equity firm Apollo Global Management in the amount of $1.1 billion, which will put an end to its hunt for a new investor, amid massive slowing membership growth and losses in the industry.

This will be an all-stock deal in which ClubCorp shareholders will each receive $17.12 per share, in cash. That is a premium of nearly 31 percent over ClubCorp’s closing stock price at the end of last week.

Now, the management team at ClubCorp has been searching for a buyer for the business over the past several months, in the face of growing debt. In fact, the Dallas-based company said, in October, that it would miss its 2016 revenue and earnings guidance, which would drive investors to quickly unload their shares. Overall, the stock has fallen roughly 2 percent over the past year; so far in 2017, the stock is down 7 percent.

Apollo senior partner David Sambur confided, in a press release, “We are excited for our funds to be acquiring ClubCorp. We look forward to working with ClubCorp’s outstanding management tam and talented employees, who have built a best-in-class member-centric business that delivers exceptional experiences. We plan to leverage Apollo’s resources and expertise while working with ClubCorp’s dedicated team to continue to grow the business and provide the highest level of service and club offerings to members.”

Analysts presently expect that this deal will close in the fourth quarter of year and, whn the deal has been completed, ClubCorp shares will be removed from the New York Stock Exchange.

ClubCorp has also announced a plan to issue shareholders a one-time quarterly dividend of 13 cents per share. As such, ClubCorp chairman of the board John Beckert, “With the support of the Apollo funds, we are confident that ClubCorp will be able to continue building on its success by providing its members with unrivaled experience at its clubs.”

ClubCorp was originally established in 1957 and currently owns or operates (or both) more than 200 country clubs and sporting clubs, with total attendance in excess of 430,000 members. You may recognize some of their more prominent properties: Metropolitan Club Chicago; Firestone Country Club, Akron; The Woodlands Country Club in the Woodlands, Texas; and Mission Hills Country Club in Rancho Mirage, California.