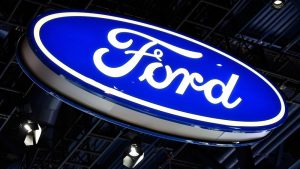 It seems like history is repeating itself, in a way, as Ford has just announced a new recall of more than 400,000 Transit vans and buses. This recall is to address cracked drive shaft coupling issues which have the potential to cause the vehicles to lose power. The company says this recall covers vans, chassis cabs, and buses in North America with medium, long, and extended wheel bases made between 2015 and 2017.

Ford says that the safety recall will impact roughly 400,000 vehicles. They have also said, fortunately, that no accidents or injuries have yet been reported in association with this flaw.

In a statement, the company said, “In the affected vehicles, continuing to operate a vehicle with a cracked flexible coupling may cause separation of the driveshaft, resulting in a loss of motive power while driving or unintended vehicle movement in park without the parking brake applied.”

The statement goes on to say, “In addition, separation of the driveshaft from the transmission can result in secondary damage to surrounding components, including brake and fuel lines. A driveshaft separation may increase the risk of injury or crash.”

Ford also says that, according to data, the couplings will not deteriorate to the point that it causes separation in vehicles under 30,000 miles. As such, drivers should definitely schedule an appointment to repair or replace the part in vans before they reach that important threshold.

This recall will cost Ford approximately $142 million. And this is in addition to another recent recall that saw 2.4 million vehicles in need of repair in terms of doors that could fly open even as the car is in motion. That recall has already cost the company $640 million.

Also on Wednesday, Ford issued a safety compliance recall for Ford Police Interceptor Utility Vehicles within the United States. In this case, though, the recall is to address issues with the second row seat attachment studs. Fortunately, there has not been any reports of accidents or injuries resulting from this issue, as well.

Finally, Ford has also issued another safety compliance recall for three Ford Escape models in the United States. This issue is to address and replace driver side knee airbag modules.