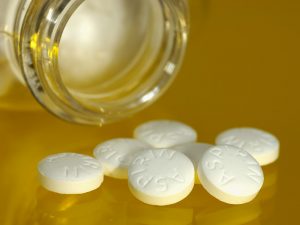 Both the owner and the director of compliance at Pharmakon Pharmaceuticals Inc have been charged with several criminal counts in relation to the sale of compounded painkillers, according to a statement from the United States Department of Justice, on Thursday. These drugs, essentially, could be as much as 25 percent stronger than they should have been, normally. More important than their possible potency, these drugs would have been used on a number of hospitalized infants. This includes one which had such a terrible reaction that it they had to fly an emergency helicopter to bring it to a nearby children’s hospital for emergency treatment.

Paul Elmer, 64, founded the company [Pharmakon Pharmaceuticals] in 2003. Along with Caprice Bearden, 62, the two have been charged in 10 counts of indictment. This includes one count of conspiracy to defraud the US, three counts of commercial interstate distribution of an adulterated drug, and six counts of adulterating a drug which had been for sale within the interstate commerce infrastructure.

The indictment intimates that between July 2013 and February 2016, Bearden had received roughly 70 potency-test failure notices from companies supplied by Bearden. More importantly, these tests indicated that drugs like morphine sulfate and fentanyl were either under-potent or over-potent. This means, of course, that the drugs patients might potentially take could be could be much weaker or stronger than expected.

Of course, at this point, the two should have notified the appropriate parties but, as the indictment says, the two discussed the out-of-spec test results and determined that Pharmakon should not contact any clients who had received the drugs; nor did the two determine they should conduct any product recalls precedent to FDA intervention.

According to the US Department of Justice, “The indictment alleges that Elmer and Bearden conspired to defraud the United States by interfering with and obstructing the lawful functions of the FDA, and obstructing, influencing, and impeding FDA inspections. In addition,” the agency continues, “as alleged, during the 2016 inspection, Elmer directed at least one Pharmakon employee to backdate batch records of compounded drugs.”

While Elmer pleaded not guilty in his initial US District Court appearance—and is currently out on release until his scheduled trial on August 21—attorney Josh Minkler comments that Bearden is expected to plead guilty to all charges.

Minkler comments, “These defendants put greed and the reputation of their company ahead of the health and safety of our most innocent victims. Their actions put lives in danger and they will be held accountable.”