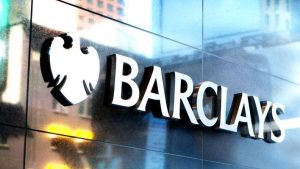 London’s Serious Fraud Office has accused Barclays—as well as the company’s former chief executive and at least three additional former senior managers—of several criminal charges in regards to the bank making agreements with Qatar as a means to avoid a government bailout amid the 2008 global financial crisis.

These accusations are only the first of many to be brought in Britain against a bank (and the former executives) as a direct result of actions they had taken while the financial crisis continued to worsen.

According to Irwin Mitchell (legal firm) representative Sarah Wallace, “This is the most significant charging decision for the SFO in recent times if not ever. In the last few years, Barclays faced an unprecedented number of investigations by worldwide regulators but this SFO criminal prosecution is the most serious.”

Barclays turned to Qatar while the markets were failing, back in 2008—not once, but twice—in order to garner new fundraising investments. As a matter of fact, the second cash call—in October, just a month after the Lehman Brothers bankruptcy—Barclays negotiated with investors from Qatar and Abu Dhabi.

Of course, discovery of these side deals with Qatar quickly prompted this SFO investigation. It also sparked a regulatory probe from the Financial Conduct Authority, which has now examined whether or not the bank had properly disclosed the fees it had originally paid to Qatar and, perhaps more importantly, whether or not the bank had secretly loaned money to Qatar to get them to reinvest in the bank.

Mr. Boath has contested that he will fight the charge “vigorously”. He notes: “The SFO’s decision to charge me is based on a false understanding of my role and the facts. I was not a decision maker and had no control over what the bank did in 2008. I repeatedly raised concerns about the decisions taken by the bank with both senior management and senior lawyers and was reassured that those decisions were lawful . . . There is no