StockNews.com initiated coverage on shares of Sanderson Farms (NASDAQ:SAFM – Get Rating) in a research note published on Friday morning. The firm issued a strong-buy rating on the stock.

Separately, Consumer Edge lowered shares of Sanderson Farms from an overweight rating to an equal weight rating in a research report on Thursday, June 16th. Six equities research analysts have rated the stock with a hold rating and one has assigned a strong buy rating to the company’s stock. Based on data from MarketBeat.com, the company currently has an average rating of Hold and a consensus price target of $203.00.

Sanderson Farms (NASDAQ:SAFM – Get Rating) last issued its earnings results on Friday, May 27th. The company reported $14.39 earnings per share for the quarter, beating the consensus estimate of $6.81 by $7.58. Sanderson Farms had a net margin of 15.34% and a return on equity of 43.58%. The business had revenue of $1.54 billion for the quarter, compared to analyst estimates of $1.39 billion. During the same period in the previous year, the business earned $4.34 EPS. The firm’s revenue was up 35.8% on a year-over-year basis. Equities analysts predict that Sanderson Farms will post 46.23 EPS for the current year. 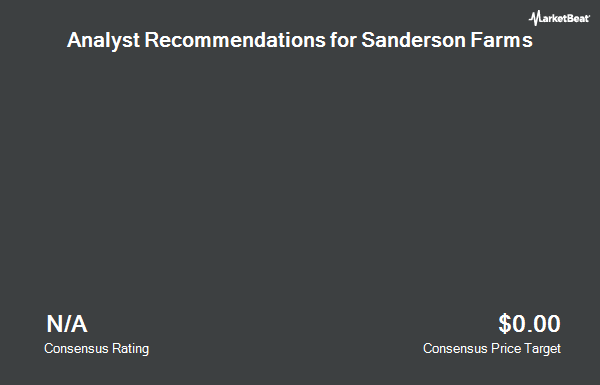