Osisko Mining Inc. (TSE:OSK) Director John Feliks Burzynski purchased 30,000 shares of the firm’s stock in a transaction that occurred on Thursday, January 13th. The shares were bought at an average price of C$3.96 per share, for a total transaction of C$118,773.00. Following the acquisition, the director now directly owns 858,700 shares in the company, valued at approximately C$3,399,679.17.

A number of brokerages have recently issued reports on OSK. National Bankshares lifted their price target on Osisko Mining from C$5.00 to C$5.25 in a research note on Friday, January 7th. CIBC restated an “outperform” rating and issued a C$6.25 target price on shares of Osisko Mining in a research report on Wednesday, October 6th. Finally, Cormark boosted their price objective on Osisko Mining from C$6.25 to C$6.75 and gave the company a “buy” rating in a report on Wednesday.

See Also: What are the disadvantages of after-hours trading? 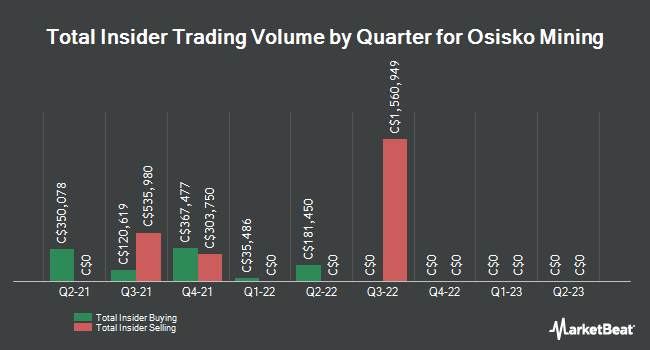 Internet of People Tops One Day Volume of $4.00

Domino’s Pizza, Inc. Given Consensus Rating of “Hold” by Analysts

Complete the form below to receive the latest headlines and analysts' recommendations for Osisko Mining with our free daily email newsletter: