Shares of GlaxoSmithKline plc (NYSE:GSK) have earned a consensus recommendation of “Hold” from the twelve research firms that are currently covering the firm, Marketbeat Ratings reports. Three analysts have rated the stock with a sell rating, five have assigned a hold rating and four have given a buy rating to the company. The average 1 year price target among brokers that have covered the stock in the last year is $41.00.

GlaxoSmithKline (NYSE:GSK) last released its earnings results on Wednesday, July 28th. The pharmaceutical company reported $0.79 EPS for the quarter, beating the Zacks’ consensus estimate of $0.54 by $0.25. The business had revenue of $11.31 billion for the quarter, compared to analysts’ expectations of $10.55 billion. GlaxoSmithKline had a return on equity of 26.21% and a net margin of 13.40%. On average, sell-side analysts forecast that GlaxoSmithKline will post 2.77 EPS for the current fiscal year.

The company also recently announced a quarterly dividend, which was paid on Thursday, October 7th. Stockholders of record on Friday, August 20th were issued a dividend of $0.523 per share. The ex-dividend date of this dividend was Thursday, August 19th. This represents a $2.09 dividend on an annualized basis and a dividend yield of 5.39%. GlaxoSmithKline’s dividend payout ratio is currently 68.46%.

GlaxoSmithKline Plc is a healthcare company, which engages in the research, development, and manufacture of pharmaceutical medicines, vaccines, and consumer healthcare products. It operates through the following segments: Pharmaceuticals; Pharmaceuticals R&D Vaccines and Consumer Healthcare. The Pharmaceuticals segment focuses on developing medicines in respiratory and infectious diseases, oncology, and immuno-inflammation. 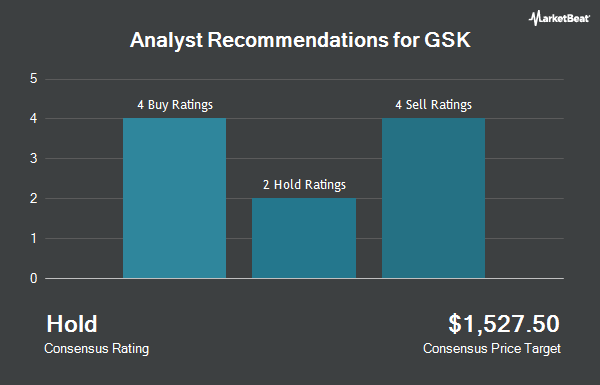 Complete the form below to receive the latest headlines and analysts' recommendations for GlaxoSmithKline with our free daily email newsletter: