Biglari Holdings Inc. (NYSE:BH) CEO Sardar Biglari acquired 17,456 shares of Biglari stock in a transaction dated Thursday, May 13th. The shares were purchased at an average price of $153.48 per share, with a total value of $2,679,146.88. The transaction was disclosed in a filing with the SEC, which is available at this link.

Biglari (NYSE:BH) last announced its earnings results on Friday, May 7th. The restaurant operator reported $223.29 EPS for the quarter. The company had revenue of $94.29 million for the quarter. Biglari had a negative net margin of 12.33% and a negative return on equity of 11.26%. 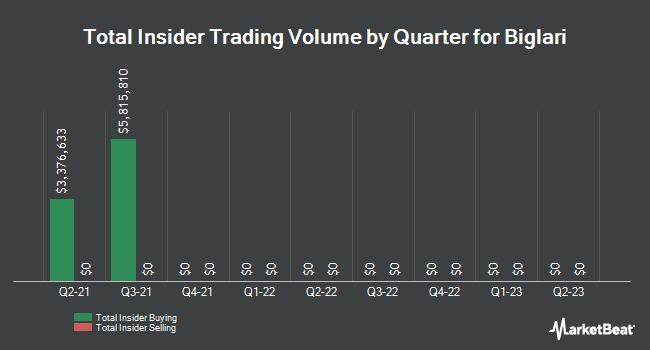 Receive News & Ratings for Biglari Daily - Enter your email address below to receive a concise daily summary of the latest news and analysts' ratings for Biglari and related companies with MarketBeat.com's FREE daily email newsletter.

Complete the form below to receive the latest headlines and analysts' recommendations for Biglari with our free daily email newsletter: