Complete the form below to receive the latest headlines and analysts' recommendations for Rexel with our free daily email newsletter:

Shares of Rexel S.A. (OTCMKTS:RXEEY) have been assigned a consensus rating of “Hold” from the ten analysts that are currently covering the firm, MarketBeat reports. Two analysts have rated the stock with a sell rating, three have issued a hold rating and five have assigned a buy rating to the company.

The firm also recently declared a dividend, which will be paid on Tuesday, May 18th. Shareholders of record on Wednesday, April 28th will be issued a $0.5465 dividend. This represents a yield of 2.66%. The ex-dividend date of this dividend is Tuesday, April 27th. 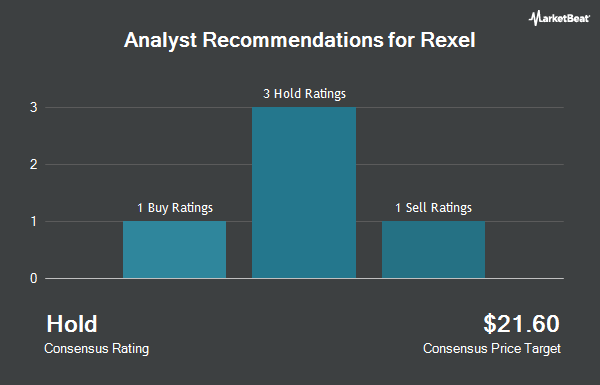 Receive News & Ratings for Rexel Daily - Enter your email address below to receive a concise daily summary of the latest news and analysts' ratings for Rexel and related companies with MarketBeat.com's FREE daily email newsletter.

$2.07 Earnings Per Share Expected for ICON Public Limited This Quarter