Complete the form below to receive the latest headlines and analysts' recommendations for SCYNEXIS with our free daily email newsletter:

SCYNEXIS (NASDAQ:SCYX) had its price target lowered by Aegis from $45.00 to $40.00 in a report released on Monday, Stock Target Advisor reports. The firm currently has a “buy” rating on the stock. Aegis’ price target would suggest a potential upside of 386.62% from the company’s previous close.

SCYNEXIS (NASDAQ:SCYX) last announced its quarterly earnings data on Sunday, March 28th. The company reported ($3.53) EPS for the quarter, missing the Thomson Reuters’ consensus estimate of ($0.73) by ($2.80). Sell-side analysts forecast that SCYNEXIS will post -2.77 earnings per share for the current fiscal year.

In other SCYNEXIS news, major shareholder Perceptive Advisors Llc sold 319,000 shares of the stock in a transaction on Friday, January 22nd. The shares were sold at an average price of $8.24, for a total transaction of $2,628,560.00. The transaction was disclosed in a document filed with the Securities & Exchange Commission, which is accessible through the SEC website. 4.06% of the stock is owned by corporate insiders. 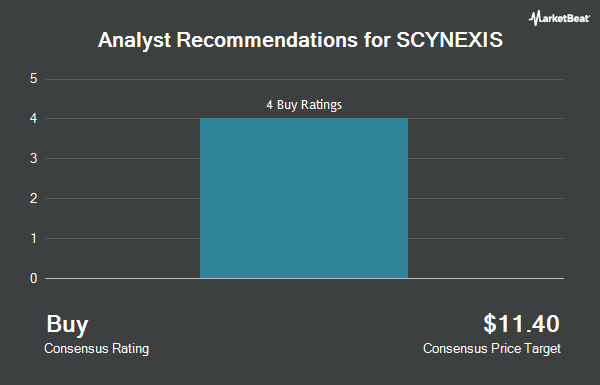 Receive News & Ratings for SCYNEXIS Daily - Enter your email address below to receive a concise daily summary of the latest news and analysts' ratings for SCYNEXIS and related companies with MarketBeat.com's FREE daily email newsletter.