Complete the form below to receive the latest headlines and analysts' recommendations for Aena S.M.E. with our free daily email newsletter:

Aena S.M.E., S.A. (OTCMKTS:ANNSF) has received a consensus rating of “Hold” from the ten analysts that are currently covering the company, Marketbeat reports. Two research analysts have rated the stock with a sell rating, two have given a hold rating and six have assigned a buy rating to the company.

Aena S.M.E., SA, together with its subsidiaries, operates, maintains, manages, and administers airport infrastructures and heliports in Spain, the United Kingdom, Mexico, Colombia, Cuba, and internationally. The company operates through Airports, Real Estate Services, and International segments. It also operates and manages commercial spaces in airport terminals and car parks network; and rents areas in airport terminals for stores, food and beverage outlets, and advertising.

Featured Article: How to calculate the intrinsic value of a stock 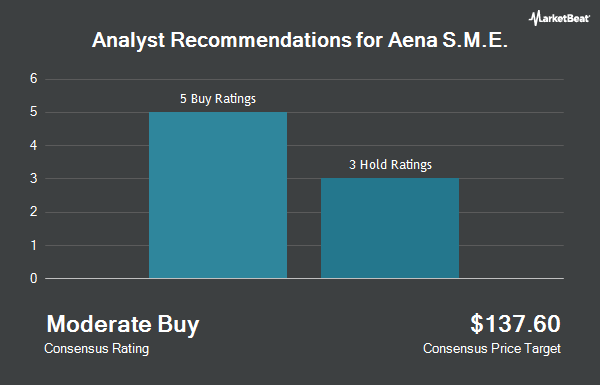