Daily Ratings & News for NEXT

Complete the form below to receive the latest headlines and analysts' recommendations for NEXT with our free daily email newsletter:

NEXT (OTCMKTS:NXGPY) Downgraded by Grupo Santander

NEXT (OTCMKTS:NXGPY) was downgraded by equities research analysts at Grupo Santander from a “hold” rating to an “underweight” rating in a research note issued on Tuesday, The Fly reports.

NEXT plc engages in the retail of clothing, footwear, and home products in the United Kingdom, rest of Europe, the Middle East, Asia, and internationally. The company operates through seven segments: NEXT Retail, NEXT Online, NEXT Finance, NEXT International Retail, NEXT Sourcing, Lipsy, and Property Management.

Featured Story: What is the significance of the death cross? 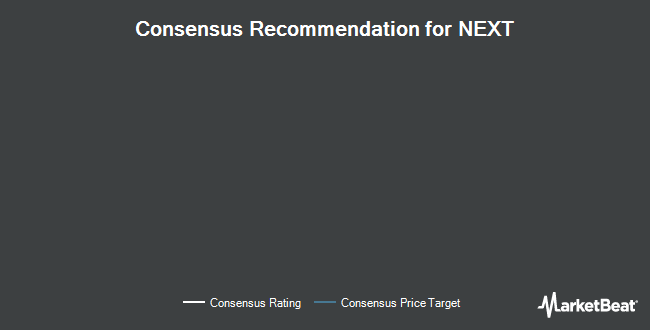 Receive News & Ratings for NEXT Daily - Enter your email address below to receive a concise daily summary of the latest news and analysts' ratings for NEXT and related companies with MarketBeat.com's FREE daily email newsletter.

$11.13 Billion in Sales Expected for Bristol-Myers Squibb This Quarter

NEXT Downgraded by Grupo Santander