Complete the form below to receive the latest headlines and analysts' recommendations for CubeSmart with our free daily email newsletter:

CubeSmart (NYSE:CUBE) last released its quarterly earnings data on Thursday, November 5th. The real estate investment trust reported $0.24 EPS for the quarter, missing analysts’ consensus estimates of $0.41 by ($0.17). The business had revenue of $172.50 million during the quarter, compared to analyst estimates of $166.66 million. CubeSmart had a net margin of 24.83% and a return on equity of 9.30%. The company’s revenue was up 3.6% on a year-over-year basis. During the same quarter in the prior year, the company posted $0.44 earnings per share. Research analysts forecast that CubeSmart will post 1.64 EPS for the current year.

CubeSmart is a self-administered and self-managed real estate investment trust. The Company's self-storage properties are designed to offer affordable, easily accessible and secure storage space for residential and commercial customers. According to the 2020 Self-Storage Almanac, CubeSmart is one of the top three owners and operators of self-storage properties in the United States.

Want to see what other hedge funds are holding CUBE? Visit HoldingsChannel.com to get the latest 13F filings and insider trades for CubeSmart (NYSE:CUBE). 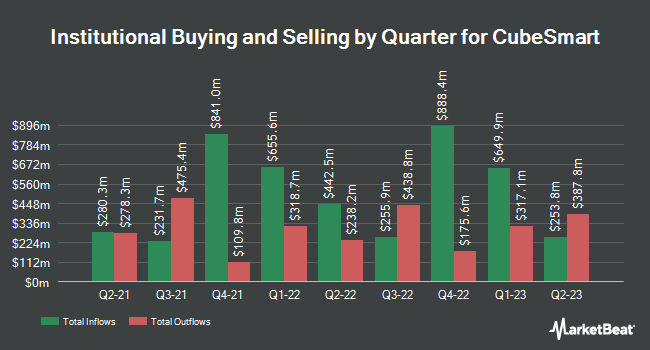