Complete the form below to receive the latest headlines and analysts' recommendations for Ralph Lauren with our free daily email newsletter:

Ralph Lauren (NYSE:RL) had its price target increased by JPMorgan Chase & Co. from $80.00 to $88.00 in a research report released on Monday, The Fly reports. They currently have a neutral rating on the textile maker’s stock. 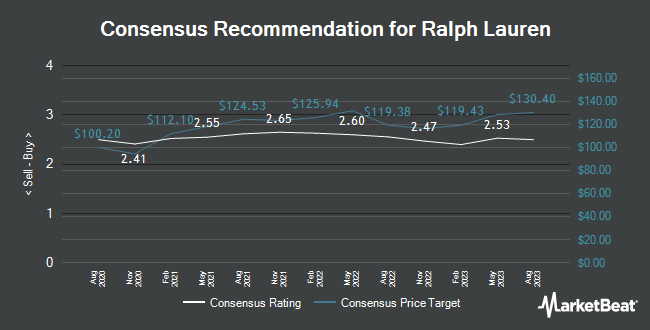