Complete the form below to receive the latest headlines and analysts' recommendations for Gulfport Energy with our free daily email newsletter:

Separately, ValuEngine downgraded Gulfport Energy from a “sell” rating to a “strong sell” rating in a research report on Monday, August 3rd. Eight equities research analysts have rated the stock with a sell rating, three have given a hold rating and one has assigned a buy rating to the company’s stock. The company has an average rating of “Sell” and an average target price of $2.54.

Gulfport Energy (NASDAQ:GPOR) last posted its earnings results on Tuesday, August 4th. The oil and gas producer reported $0.29 EPS for the quarter, topping analysts’ consensus estimates of ($0.01) by $0.30. The company had revenue of $132.41 million for the quarter, compared to the consensus estimate of $214.40 million. Gulfport Energy had a positive return on equity of 8.08% and a negative net margin of 311.10%.

In other Gulfport Energy news, major shareholder Firefly Value Partners, Lp sold 6,799,467 shares of the company’s stock in a transaction that occurred on Tuesday, October 13th. The stock was sold at an average price of $0.41, for a total transaction of $2,787,781.47. The sale was disclosed in a filing with the SEC, which can be accessed through the SEC website. Corporate insiders own 0.45% of the company’s stock.

Read More: What is Forex? 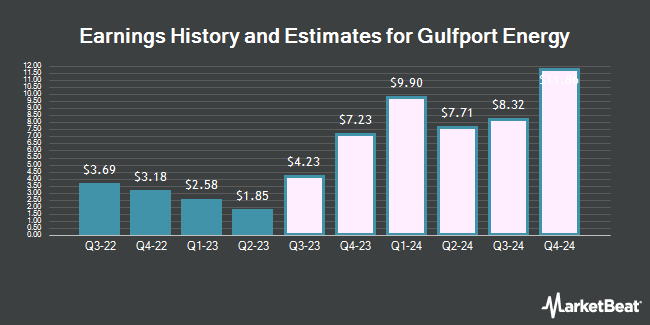