Complete the form below to receive the latest headlines and analysts' recommendations for Retrophin with our free daily email newsletter:

Retrophin Inc (NASDAQ:RTRX) insider Noah L. Rosenberg sold 750 shares of Retrophin stock in a transaction dated Tuesday, September 22nd. The shares were sold at an average price of $18.59, for a total transaction of $13,942.50. Following the completion of the sale, the insider now owns 29,055 shares in the company, valued at approximately $540,132.45. The sale was disclosed in a document filed with the Securities & Exchange Commission, which can be accessed through the SEC website.

Retrophin (NASDAQ:RTRX) last issued its earnings results on Thursday, July 30th. The biopharmaceutical company reported ($0.58) EPS for the quarter, hitting analysts’ consensus estimates of ($0.58). Retrophin had a negative net margin of 49.13% and a negative return on equity of 36.38%. The company had revenue of $48.43 million for the quarter, compared to the consensus estimate of $48.50 million. On average, analysts expect that Retrophin Inc will post -1.65 earnings per share for the current year.

Further Reading: What is the FTSE 100 index? 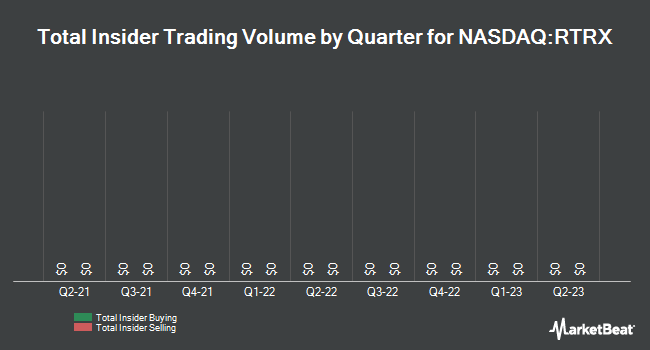