Complete the form below to receive the latest headlines and analysts' recommendations for Severn Trent with our free daily email newsletter:

Severn Trent Plc operates as a water and sewerage company in the United Kingdom and internationally. The company operates through two segments, Regulated Water and Waste Water, and Business Services. The Regulated Water and Waste Water segment provides water and sewerage services to approximately 4.3 million households and businesses in the Midlands and mid-Wales.

Featured Article: Is it better to buy a fund with a higher or lower NAV? 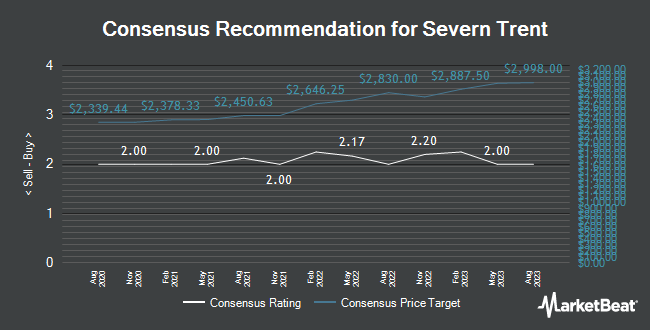