Complete the form below to receive the latest headlines and analysts' recommendations for MorphoSys with our free daily email newsletter:

Barclays set a €110.00 ($127.91) target price on MorphoSys (ETR:MOR) in a report released on Tuesday morning, Borsen Zeitung reports. The firm currently has a neutral rating on the stock. 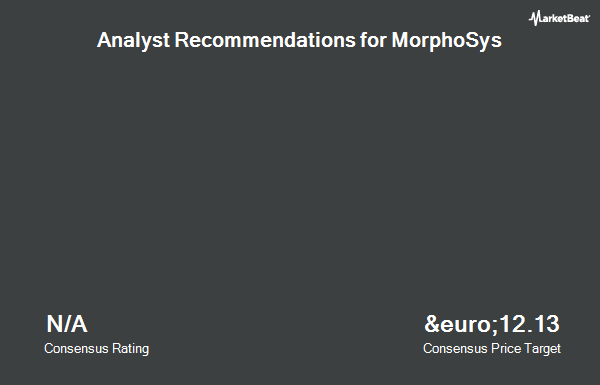 US Concrete Price Target Lowered to $18.00 at Stephens

ON Semiconductor Price Target Lowered to $24.00 at Mizuho

Atlantica Yield Given Hold Rating at Royal Bank of Canada