Complete the form below to receive the latest headlines and analysts' recommendations for CVR Energy with our free daily email newsletter:

CVR Energy (NYSE:CVI) last issued its earnings results on Wednesday, February 19th. The oil and gas company reported $0.44 earnings per share (EPS) for the quarter. CVR Energy had a net margin of 5.97% and a return on equity of 22.50%. The company had revenue of $1.57 billion during the quarter.

The business also recently announced a quarterly dividend, which will be paid on Monday, March 9th. Shareholders of record on Monday, March 2nd will be issued a $0.80 dividend. The ex-dividend date is Friday, February 28th. This represents a $3.20 dividend on an annualized basis and a yield of 12.18%.

CVR Energy, Inc, through its subsidiaries, engages in petroleum refining and nitrogen fertilizer manufacturing activities in the United States. The company operates in Petroleum and Nitrogen Fertilizer segments. The Petroleum segment refines and markets transportation fuels, such as gasoline, diesel fuel, and other refined products. 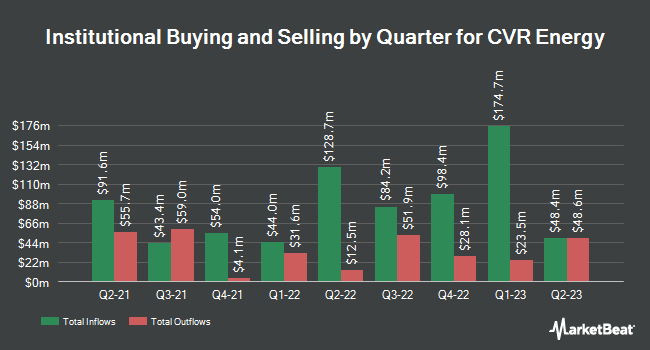