Complete the form below to receive the latest headlines and analysts' recommendations for Stitch Fix with our free daily email newsletter:

Swiss National Bank grew its holdings in Stitch Fix Inc (NASDAQ:SFIX) by 15.1% during the 4th quarter, according to its most recent filing with the Securities and Exchange Commission. The fund owned 90,500 shares of the company’s stock after purchasing an additional 11,900 shares during the quarter. Swiss National Bank’s holdings in Stitch Fix were worth $2,322,000 at the end of the most recent reporting period.

Stitch Fix, Inc sells a range of apparel, shoes, and accessories through its Website and mobile app in the United States. It offers denim, dresses, blouses, skirts, shoes, jewelry, and handbags for men, women, and kids under the Stitch Fix brand. The company was formerly known as rack habit inc. and changed its name to Stitch Fix, Inc in October 2011.

Want to see what other hedge funds are holding SFIX? Visit HoldingsChannel.com to get the latest 13F filings and insider trades for Stitch Fix Inc (NASDAQ:SFIX). 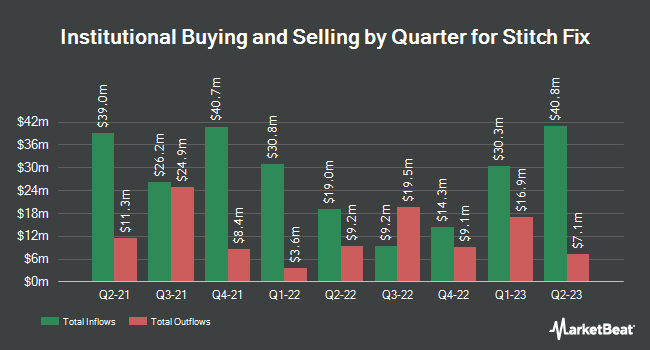 Alcoa Price Target Cut to $7.00 by Analysts at Citigroup