Complete the form below to receive the latest headlines and analysts' recommendations for United Community Banks with our free daily email newsletter:

United Community Banks (NASDAQ:UCBI) was downgraded by research analysts at BidaskClub from a “hold” rating to a “sell” rating in a research note issued to investors on Tuesday, BidAskClub reports.

In other news, CAO Alan H. Kumler sold 3,000 shares of United Community Banks stock in a transaction on Thursday, October 24th. The shares were sold at an average price of $30.67, for a total transaction of $92,010.00. The sale was disclosed in a document filed with the SEC, which is accessible through the SEC website. 1.18% of the stock is currently owned by insiders. 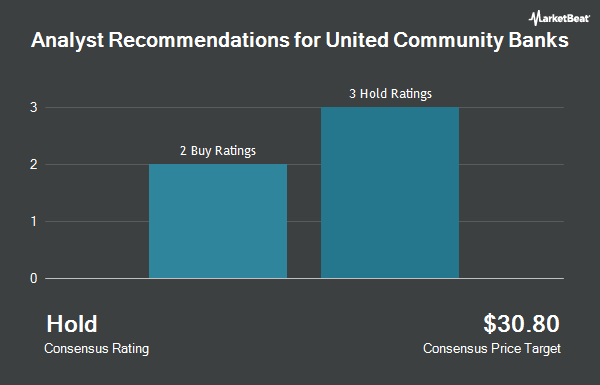