Complete the form below to receive the latest headlines and analysts' recommendations for Regal Beloit with our free daily email newsletter:

Wall Street analysts predict that Regal Beloit Corp (NYSE:RBC) will post $741.93 million in sales for the current quarter, Zacks reports. Four analysts have issued estimates for Regal Beloit’s earnings. The lowest sales estimate is $724.70 million and the highest is $763.22 million. Regal Beloit posted sales of $881.70 million during the same quarter last year, which suggests a negative year over year growth rate of 15.9%. The company is scheduled to announce its next quarterly earnings results on Monday, February 3rd.

On average, analysts expect that Regal Beloit will report full year sales of $3.24 billion for the current year, with estimates ranging from $3.22 billion to $3.26 billion. For the next financial year, analysts expect that the business will post sales of $3.19 billion, with estimates ranging from $3.10 billion to $3.23 billion. Zacks’ sales averages are a mean average based on a survey of sell-side analysts that cover Regal Beloit.

Regal Beloit (NYSE:RBC) last posted its quarterly earnings results on Monday, November 4th. The industrial products company reported $1.35 earnings per share for the quarter, beating the Zacks’ consensus estimate of $1.33 by $0.02. Regal Beloit had a return on equity of 10.14% and a net margin of 7.62%. The firm had revenue of $772.30 million for the quarter, compared to the consensus estimate of $808.49 million. During the same period in the previous year, the business earned $1.67 earnings per share. The company’s revenue for the quarter was down 16.5% compared to the same quarter last year.

The company also recently announced a quarterly dividend, which will be paid on Friday, January 10th. Shareholders of record on Friday, December 27th will be given a dividend of $0.30 per share. The ex-dividend date of this dividend is Thursday, December 26th. This represents a $1.20 dividend on an annualized basis and a yield of 1.44%. Regal Beloit’s payout ratio is 20.00%.

See Also: What is quantitative easing? 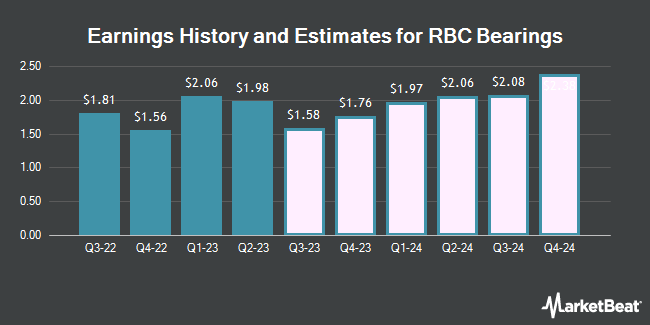 CytoDyn Downgraded by ValuEngine to “Sell”

Total Given a €61.00 Price Target at Credit Suisse Group