Complete the form below to receive the latest headlines and analysts' recommendations for Carrizo Oil & Gas with our free daily email newsletter:

Carrizo Oil & Gas Inc (NASDAQ:CRZO) has been assigned an average rating of “Hold” from the twenty-one analysts that are currently covering the firm, Marketbeat reports. Four equities research analysts have rated the stock with a sell recommendation, fifteen have given a hold recommendation and two have issued a buy recommendation on the company. The average 12 month price target among brokerages that have issued a report on the stock in the last year is $14.05.

Carrizo Oil & Gas (NASDAQ:CRZO) last announced its quarterly earnings data on Monday, November 4th. The oil and gas producer reported $0.69 EPS for the quarter, topping the Zacks’ consensus estimate of $0.66 by $0.03. Carrizo Oil & Gas had a return on equity of 19.61% and a net margin of 61.01%. The company had revenue of $256.99 million during the quarter, compared to the consensus estimate of $261.67 million. On average, equities research analysts forecast that Carrizo Oil & Gas will post 2.52 EPS for the current fiscal year.

Carrizo Oil & Gas, Inc, an energy company, explores for, develops, and produces crude oil, natural gas liquids, and gas from resource plays primarily in the United States. The company holds interests in oil and gas plays, including the Eagle Ford Shale in South Texas; and the Permian Basin in West Texas.

See Also: What is a good rate of return for a mutual fund? 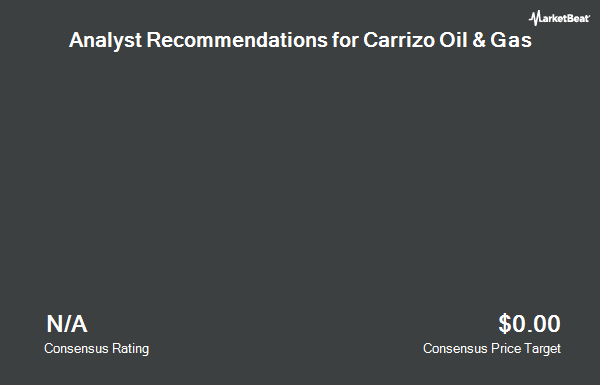