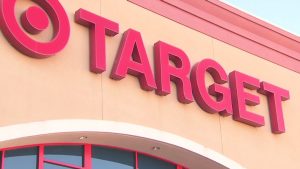 The race is on, apparently, to grab a significant chunk of the online retail space. In particular, brick-and-mortar companies are vying for who will be Amazon.com’s biggest competitor. Obviously, Wal-Mart is the likely favorite, but Target is looking to be the #1 contender, especially when you look at the retailers latest acquisition.

Indeed, the discount chain is in the process of buying Grand Junction. This is a San Francisco-based startup that connects retailers with other distributors in a network of 700+ carriers that deliver goods across North America. Even before the buyout, Grand Junction was already handling Target’s same-day delivery service (in the Tribeca neighborhood of Manhattan).

The acquisition, then, is an obvious attempt for Target to compete with Amazon’s delivery options. Of course, this new partnership will, at least at first, see an expansion to other New York City stores (by October) with continued expansion into other US cities as the new year begins. And Target has seen a 22 percent growth in e-commerce last quarter so it just makes sense that the retailer should focus on continuing this solid pace, even though it is not anywhere near the growth Amazon and Walmart has seen in this metric.

By comparison, Amazon Prime already offers same-day delivery 30 metropolitan markets in the United States, with many deliveries taking less than an hour to complete. Fulfillment software maker Temando says that while only half of retailers offer this kind of service, 80 percent of customers want it.

UBS Group AG analyst, Michael Lasser comments, “There’s clearly an arms race going on from the mass merchants, recognizing that getting everyday essentials in the hands of customers is critical. The purchase of Grand Junction should help Target compete on these terms in a more economical fashion.”

Accordingly, Target chief supply chain and logistics officer Arthur Valdez notes, “Speed matters. Grand Junction’s platform, along with our 1,800 stores, allows for speed to the guest that can be very competitive.”

This acquisition is Target’s second investments in developing e-commerce in the same year. The first investment, of course, was a $75 million venture with the online mattress seller Casper Sleep, Inc.