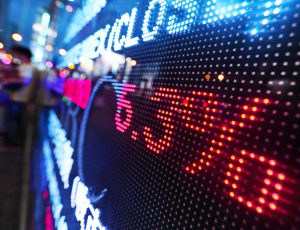 “By bringing our creative and digital marketing talent and expertise together with Accenture Interactive, we are now able to deliver end-to-end solutions for clients utilizing their deep industry expertise and intimate relationships,” said the chief executive officer of Wire Stone, Dan Lynch.

This is the 15th time that Accenture is making an acquisition in the half a decade. Previous acquisitions have included digital strategy shops such as Pacific Link and also traditional creative agencies like the Australia-based The Monkeys, Belgium’s Kunstmaan, Germany’s SinnerSchrader and London’s Karmarama. Just last week the consumer services and goods unit of Accenture acquired Brand Learning, a sales/marketing consultancy based in the United Kingdom.

The projected revenues of Accenture Interactive in this fiscal year is $6 billion and this ranks it higher than Havas Worldwide. Accenture Interactive is, however, not listed among the biggest six holding companies of advertising agencies in the world since it is a unit of a bigger consultancy firm and not a holding entity. The big six are Dentsu, IPG, Havas, Publicis, Omnicom and WPP.

According to the latest agency report compiled by Ad Age, Accenture Interactive is currently ranked as the biggest digital agency in the world. It has gained a reputation as a creator of immersive experiences and integrated campaigns which leverage the newest technologies with a view to telling brand stories that are compelling. Its parent company, Accenture, offers professional services in over 40 sectors and has a presence in over 120 countries and a workforce of over 400,000 people.

Wire Stone was started 17 years ago and has since then expanded to 10 offices around the world. It currently employs close to 200 people in the United States and some of its clients include tech firms such as Motorola, HP, eBay, PayPal and Microsoft. Wire Stone has also made acquisitions of its own as it last year purchased Tenthwave, a digital agency based in New York for an amount that was not disclosed.