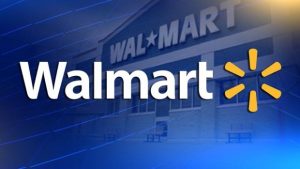 Wal-Mart has been moving quickly to gain more online presence in the face of a market shifting away from traditional brick-and-mortar retail. It is an important directive for the retailer as Amazon continues to grow its existing presence in a way that could actually threaten Wal-Mart’s physical dominance. As such, though, Wal-Mart has made a bid to acquire the men’s clothing brand Bonobos to help anchor its online strength.

The deal will find Wal-Mart paying $310 million for the brand, which launched only ten years ago but quickly expanded in the traditional market, eventually partnering with Nordstrom Inc.

It is the latest deal for the mega-retailer, a trend which started with the $3.3 billion acquisition of Jet.com, last September. Since then, Wal-Mart has also scooped up online fashion retailer ModCloth as well as the Zappos competitor Shoebuy and the outdoor retailer Moosejaw.

Jet founder Marc Lore now helms e-commerce operations for Wal-Mart. He says, “We’re seeing momentum in the business as we expand our value proposition with customers, and it’s incredible to see how fast we’re moving.”

Once the deal closes, Bonobos founder and CEO Andy Dunn will serve directly under Lore as the overseer of Walmart’s online-centered brands. Dunn will also be responsible for creating new products as well as to discover new channels of distribution.

Dunn comments, “We began Bonobos 10 years ago to give men a completely different product and shopping experience: better-fitting, higher-quality clothing, in new and imaginative ways. That will always remain our mission. We are excited about applying all that we have learned to help shepherd in the next era of retail.”

Speaking of closing the deal, this is expected to happen some time during the second quarter, or perhaps during the third quarter of this year.

Bonobos, of course, started out as an online retailer but—as is the case with many of these web startups—eventually started to open up some showrooms in major retail markets. Customers who visit these Guideshops can try the clothes on—shirts, ties, pants, belts, and jackets—and get suggestions from stylists before heading over the internet to place an order, which can be shipped to a home or office in just a matter of days.