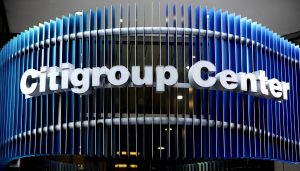 Citigroup has released its latest quarterly performance report, showing that America’s fourth-largest bank (by assets held) is making definite progress towards its several-years-long effort to recover from the recent financial crisis. The first quarter earnings report, released on Thursday, showed the bank has climbed an impressive 17 percent over the last three years.

CEO Michael Corbat comments, in prepared remarks, “The momentum we saw across many of our businesses toward the end of last year carried into the first quarter, resulting in significantly better overall performance than a year ago. Revenues increased in both our consumer and institutional lines of business, most notably in areas where we have been investing such as Equities, U.S. Cards and Mexico.”

Two things have helped Citigroup to fuel its earnings and generate these awesome numbers.

First of all, Citigroup has benefited from higher trading revenues. Fixed-income trading revenue grew by 19 percent with equity trading also up 10 percent, over the last three months, ending on March 31. Easy year-over-year comparisons helped to facilitate this trend with trading revenues plummeting in the first quarter of last year as a resule of higher concern over the state of the global economy.

Secondly, though, Citigroup also managed to significantly reduce the amount of money it can set aside, in the first quarter, in the anticipation of future loan losses. This credit loss provision—which has the exact same impact on a bank’s overall (net) income as does expenses—fell 19 percent; or $383 million. And this aspect was actually pushed along by year-over-year trends which showed existing provisions also up in anticipation of loan defaults as oil prices in the energy sector fell below $30 a barrel.

All in all, Citigroup earned $4.1 billion in the first quarter, which is notably up from $3.5 billion in the first quarter from a year ago. This equates to a respectable 7.4 percent return on average common equity, up from the 6.4 percent return on average common equity from last year, though it is still below the 10 percent threshold investors like to expect from a bank the size of Citibank.