AT&T To Acquire Straight Path Communications In Preparation For 5G 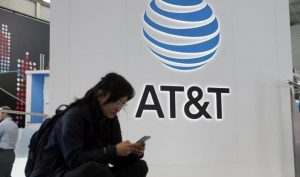 The acquisition by the second-largest wireless carrier in the United States will be an all-stock deal with AT&T offering $95.63 per share. This will be at a 162.1% premium based on Friday’s closing price of Straight Path Communication’s share price.

Straight Path Communications had no choice but to sell though since it had earlier in the year settled with the Federal Communications Commission after having been found to have misrepresented the progress the firm had made with regards to making use of its spectrum. In the settlement deal, Straight Path had been fined $15 million. It was also ordered to transfer its spectrum licenses in a year’s time and remit 20% if what it would get to the FCC.

With the 5G network, more capacity and higher speeds are expected and millimeter wave spectrum will play a huge role in this next-generation mobile network technology. Both Verizon Communications and AT&T have been running trials for the 5G network. In the case of Verizon, the tests are being conducted in partnership with Ericsson in about 11 U.S. markets. A commercial launch is expected sometime in 2018. AT&T, which undertook 5G tests in conjunction with Nokia, said earlier this year that the test had been successfully completed.

Besides Straight Path Communications, AT&T had earlier in the year acquired FiberTower for its spectrum licenses as well. Closing of the deal is expected to happen by early next year. AT&T’s rival, Verizon, has also been making acquisitions with a view to garnering millimeter wave spectrum licenses. Earlier in February, Verizon disclosed that it had acquired the fiber optic business of XO Communications for approximately $1.8 billion. It is now estimated that both wireless carrier giants should possess an amount of spectrum that is roughly the same.

News of the AT&T’s acquisition also lifted the shares of other telecommunication firms as it is now expected that mergers and acquisitions activity will increase. Some of the companies that possess spectrum that could be used for 5G and which are considered to be ripe for acquisitions include Ligado networks and Dish Network Corp.